Dear Friends,
Something special. Our son Christopher “GEKKO” has produced his first album with “MAR$” the hip-hop rapper performer. Chris has loved music and been an accomplished musician  since childhood. Now eighteen years old, he has put a new slant on rap music. Yes, it is music not only beat. Please click and listen and, if you would, let me know your thoughts.
Asher Edelman

IT ONLY GETS BETTER 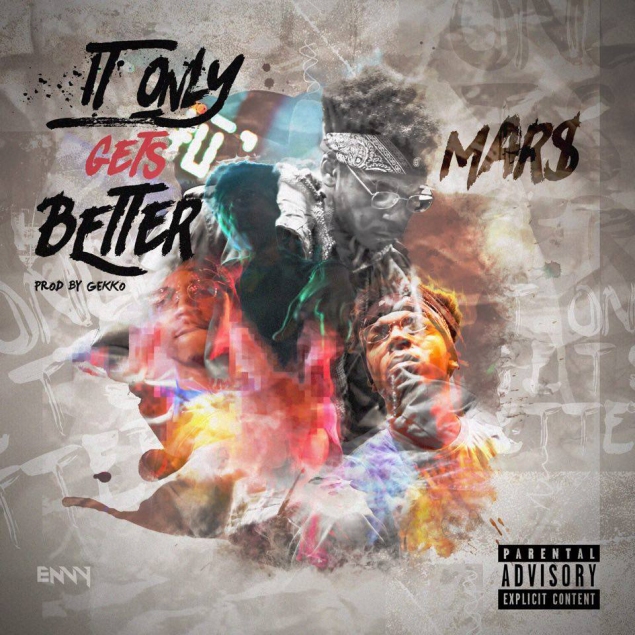 IT ONLY GETS BETTER

June 21, 2017 (New York, NY) New York underground rap artist MAR$ is ready to explode with his new mixtape, It Only Gets Better, produced by GEKKO. The twelve-track mixtape’s sound and lyrics tap into pain, ambition, and Mar$ true life experiences. The mixtape also features the artists Domingo and Meech, and builds on the sound MAR$ began to cultivate in his first mixtape The Calm Before the Storm.

Born and bred on Longfellow Avenue in the Bronx, to Honduran parents who had experienced a long string of hardships and devastating loss. When MAR$ was born, he was the embodiment of hope: the Golden Boy. MAR$’s world revolved around music from the start. He grew up listening to 50 Cent’s “21 Questions” on repeat to drown out the noise of street as he went to sleep, and his childhood memories are punctuated by violence and poverty. These experiences have created the path for his expression and his music today. His parents always stressed education and hard work. MAR$ used this advise and translated it into his craft, putting countless hours into his music in order to fulfill his own hopes and dreams for the future. MAR$’s unquenchable authenticity and passion comes through in his music, telling his story.

Producer Chris Edelman a.k.a GEKKO gets his name from the 1980’s fictional icon Gordon Gekko. A musical prodigy, he played four instruments growing up in New York City. He started out with classical, later going through an intense fascination with prog rock before finding his passion for beat making. This culminated in his collaboration with MAR$ to create It Only Gets Better. His deep genre-crossing knowledge of music shines through in his innovative beats.

MAR$ and GEKKO met at SweetSounds Studio and instantly connected on a creative level. As they began to work together, they found that their different life experiences and areas of expertise collided into a fusion of influences and creative synergies like nothing else on the market. The mixtape brings together two worlds, two traditions, to make a fresh sound that only gets better with every listen.