Though the Trump administration, primarily the President, himself, has a record of over 15,000 lies since taking office generally one continues to believe the economic statistics released under the Trump wing. I do not.

Though the Trump administration has been clear about the importance of stock market performance to the political future of Mr. Trump, it has not told you about intervening to support and pump the market with taxpayer money almost on a daily basis. Yes, $1.0trillion plus deficit and your taxes are going to support Trump’s political strategy of a continuous bull market.

If not of interest to you or you doubt my observations you might just read the attached Financial Times article – far less sensational than my observations – but a pretty good wake up call.

May our prayers be answered – A non-Trump future world where we don’t have to count the lies.

P.S. As he is germophobic, perhaps we won’t have to tolerate his appearances at racist rallies for a while.

A Plot Twist In Trump’s US Growth Story 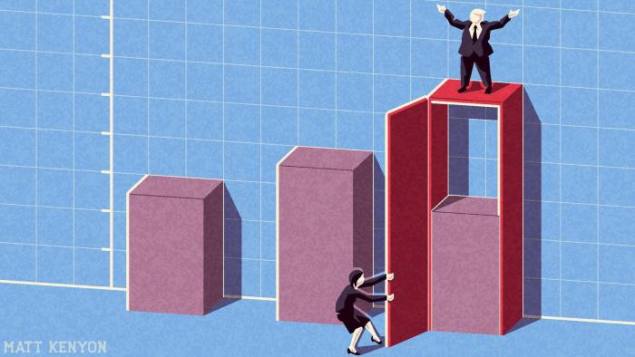 Is growth an illusion? These words were sculpted in neon in the front window of the Deutsche Bank salon on the Promenade in Davos at the World Economic Forum last week. My first thought was that for the German financial institution, the answer may be yes. My second was to ponder the divide between the American business community, which seems to have bought into President Donald Trump’s view that the US economy is a “roaring geyser of opportunity”, and the opinions of many others, including numerous high-level market participants.

While the US economy is certainly doing better than many of us expected — we are experiencing the longest economic expansion on record — the idea that we are in an “economic boom” is an illusion. Last quarter’s growth was just 2.1 per cent, less than the 2.4 per cent average of President Barack Obama’s second term, according to the Bureau of Labor Statistics. That is a remarkably lacklustre performance when you consider the stimulus provided by tax cuts that have led to a $1tn deficit, the largest in peacetime history.

Investment, meanwhile, began to decline in 2019, according to the Bureau of Economic Analysis. No wonder. The fact that the US Federal Reserve appears to be trying to monetise America’s debt in order to ensure that the country can pay its bills is hugely worrisome to many investors.

It is also a key reason that we have the strangely bifurcated market story of the moment, one that is split equally between bullishness on equities and safety assets like bonds or gold.

One investor told me recently he had no doubt that deficit spending, political risk and a lack of investment in research and development and infrastructure would cause investors to leave US markets eventually. But, until his algorithms told him to get out, he’d have to stay the course. As the former Citigroup boss Chuck Prince put it, “as long as the music is playing, you have to get up and dance”.

The Trump team’s own economic views are just as bifurcated as the markets. While in Davos last week, the president said that the US central bank had “raised rates too fast and lowered them too slowly”. He also mused on the benefits of the negative interest rates in other nations: “They get paid to borrow money, something I could get used to very quickly. Love that.”

His economic adviser Larry Kudlow, on the other hand, called sub-zero yields and aggressive monetary policy “ineffectual”. Mr Kudlow is pushing the story that it is fiscal stimulus, in the form of tax cuts and deregulation, that is responsible for US growth. But while the tax cuts themselves bolstered markets, the money that has been saved went mostly into corporate stock buybacks. That is not the same as a productivity-led growth boom. As for deregulation, there is plenty of research to show it has done very little for the US economy.

Unfortunately, most of the chief executives I spoke to in Davos are willing to go along with the “roaring geyser” narrative. Part of their willingness to suspend disbelief seems to be to do with the easing of tensions between the US and its major trade partners.
Business people are happy with the recently approved US-Mexico-Canada Agreement, which Mr Trump is due to sign this week. They are also grateful for the pause in open hostility with China after the signing of phase one of a trade deal between the two nations.

Certainly, despite the US president’s boasts to the contrary, there has been no real improvement in America’s trading position. The overall US goods and services deficit widened from $503bn in 2016, to $628bn in 2018, and in the first three quarters of 2019 it was already at $473bn, according to the US Bureau of Economic Analysis. That fact was one of many in a pamphlet compiled by World Economic Forum attendee and liberal economist Joseph Stiglitz. His wife, the academic Anya Schiffrin, distributed the leaflets during Mr Trump’s speech in Davos (she was escorted out by security, but later praised privately by staffers).

Fear of the economic policies proposed by the left is, of course, one of the things that has driven businesspeople into the arms of Mr Trump. And on that front, there are disturbing historical parallels.

The political scientist and historian Robert Paxton’s book The Anatomy of Fascism makes the point that the rise of extremists in many of the European countries where they attained real political power, was aided by the fact that businesses worried more about the possibility of wealth redistribution than about the threat of political extremism.

My own concern is that too many in the American business community may be willing to re-elect a president who will sacrifice core national values simply because they think he can deliver another quarter of growth. But even that promise isn’t assured.

George Soros, the liberal financier and philanthropist — and a man who knows something about fascism — put Mr Trump in the bucket of “would be or actual dictators”, alongside Russia’s Vladimir Putin and China’s Xi Jinping, in his own Davos speech. He pointed out that “an overheated economy can’t stay at the boiling point for too long”. If Mr Trump’s stoking of an already heated economy had happened closer to the elections, it would have assured him victory, Mr Soros said.

“His problem is that the elections are still 10 months away and in a revolutionary situation, that is a lifetime.”

Read More at the Financial Times