A respiratory pandemic is no time to roll back air-pollution rules. 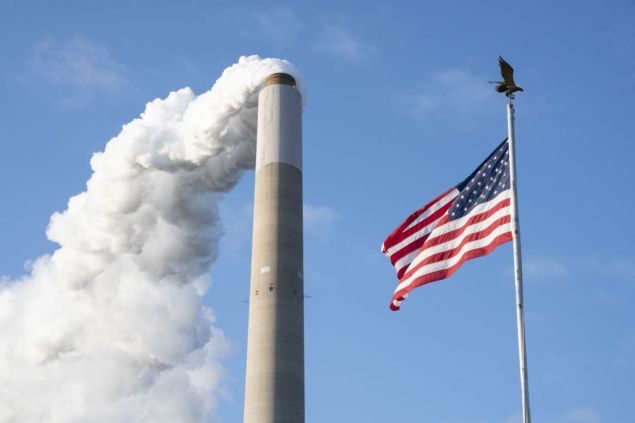 President Donald Trump has failed in multiple ways to lead an effective fight against the coronavirus.

Among the most troubling is his push to increase air pollution in the midst of an unprecedented respiratory pandemic — jeopardizing people’s ability to survive it — while the nation’s attention is focused on the emergency at hand.

Scientists are warning us that air pollution makes Covid-19, which strikes at the lungs, more deadly. Nonetheless, in the space of about a month, the president has repeatedly undermined rules limiting air pollution. Tens of thousands of Americans will die as a result.

A recent Harvard study shows that even a tiny increase in fine particulate matter air pollution — commonly known as “soot” — increases death rates from Covid-19. Hit the hardest are low-income communities and people of color, who are disproportionately exposed to pollution sources, such as highways and refineries.

Despite this danger, the Trump administration has launched a series of attempts to make our air dirtier and harder to breathe.

First, the Environmental Protection Agency told coal, oil and gas, and power producers they were free to ignore pollution monitoring and reporting obligations – as long as they use the coronavirus pandemic as an excuse. But there’s little reason these companies can’t comply with these rules because of the virus. In fact, releasing them from pollution monitoring requirements will only make the health crisis — and thus the economic crisis — worse. Soot pollution has already risen considerably under the Trump administration, and this move will surely exacerbate the problem.

Second, the Trump administration rolled back the higher fuel efficiency and tailpipe emission standards that would drastically cut health-harming and climate-changing air pollution from the nation’s cars and trucks. Since these standards were put in place in 2010, the industry has thrived, achieving record sales, and drivers saved $89 billion in fuel costs. But Trump’s rollback means the average fuel economy will reach only 40 mpg in 2025 compared with 46.5 mpg under the Obama-era rules. That’s a standard the industry is likely to hit even without the requirement. Based on EPA estimates, abandoning the higher standard will result in nearly 1,000 more people dying prematurely from air pollution.

Third, the EPA turned down an opportunity to save more than 12,000 lives a year by issuing a more protective federal limit on harmful soot, even though EPA scientists identified a number of recent studies pointing out major health benefits associated with stronger federal limits. This happened right as we are facing a historic health crisis that is attacking people with lung and heart ailments associated with breathing dirty soot-filled air.

As if that weren’t enough, the Trump administration followed all of this up by undermining Obama-era rules on mercury and toxic chemicals emitted by power plants — rules that were saving more than 10,000 lives, avoiding 130,000 asthma attacks and nearly 5,000 heart attacks a year. Even though utilities have already installed mercury controls and are complying with the rules, and even though mercury emissions are now plummeting and therefore saving lives, the administration once again cherry-picked health studies to undermine a significant step forward in reducing air pollution.

With a highly contagious lung disease raging, President Trump found four ways to make air pollution worse. This quartet of decisions is especially toxic. And the Trump administration itself has warned more regulatory rollbacks are coming. In his inaugural address, Trump spoke of “American carnage.” He is delivering just that.

It doesn’t have to be like this. And we must not accept it.

As we look to rebuild from this crisis, we must recognize that a healthy global economy cannot exist without healthy people. And as Congress prepares the next coronavirus stimulus package, rather than propping up the industries that have been degrading our health for too long, we should be investing in industries like clean energy that will not only put people back to work but also won’t endanger us into the future.

We must demand that our elected leaders put people, not polluters, first.